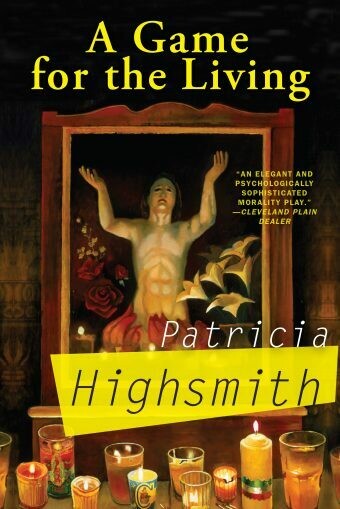 A Game for the Living by Patricia Highsmith

In this taut psychological thriller from legendary writer Patricia Highsmith, the bond between two very different men is tested when the woman they both loved is found brutally murdered.

Ramón, quick-tempered and devoutly Catholic, fixes furniture in Mexico City, not far from where he was born into poverty. Theodore, a rich German expatriate and painter, lives a calm life in his mansion and believes in nothing at all. You’d think the two had nothing in common. Except, of course, that both had slept with Lelia.

The two men form an unlikely friendship—until Lelia is found brutally murdered in her apartment. Both become suspects, and each suspects the other. Caught in an excruciating limbo, Ramón and Theodore seize on the possibility of a third man, a thief seen at Lelia’s apartment. Their hunt for the possible murderer takes the pair on a frantic chase from Mexico City to sun-drenched Acapulco, and to a small colonial mountain town where Theodore gets the uneasy feeling that his every move is being watched.

Originally published in 1958 and last reissued in 1994, A Game for the Living is a thrilling, psychologically complex novel—Highsmith at her best.