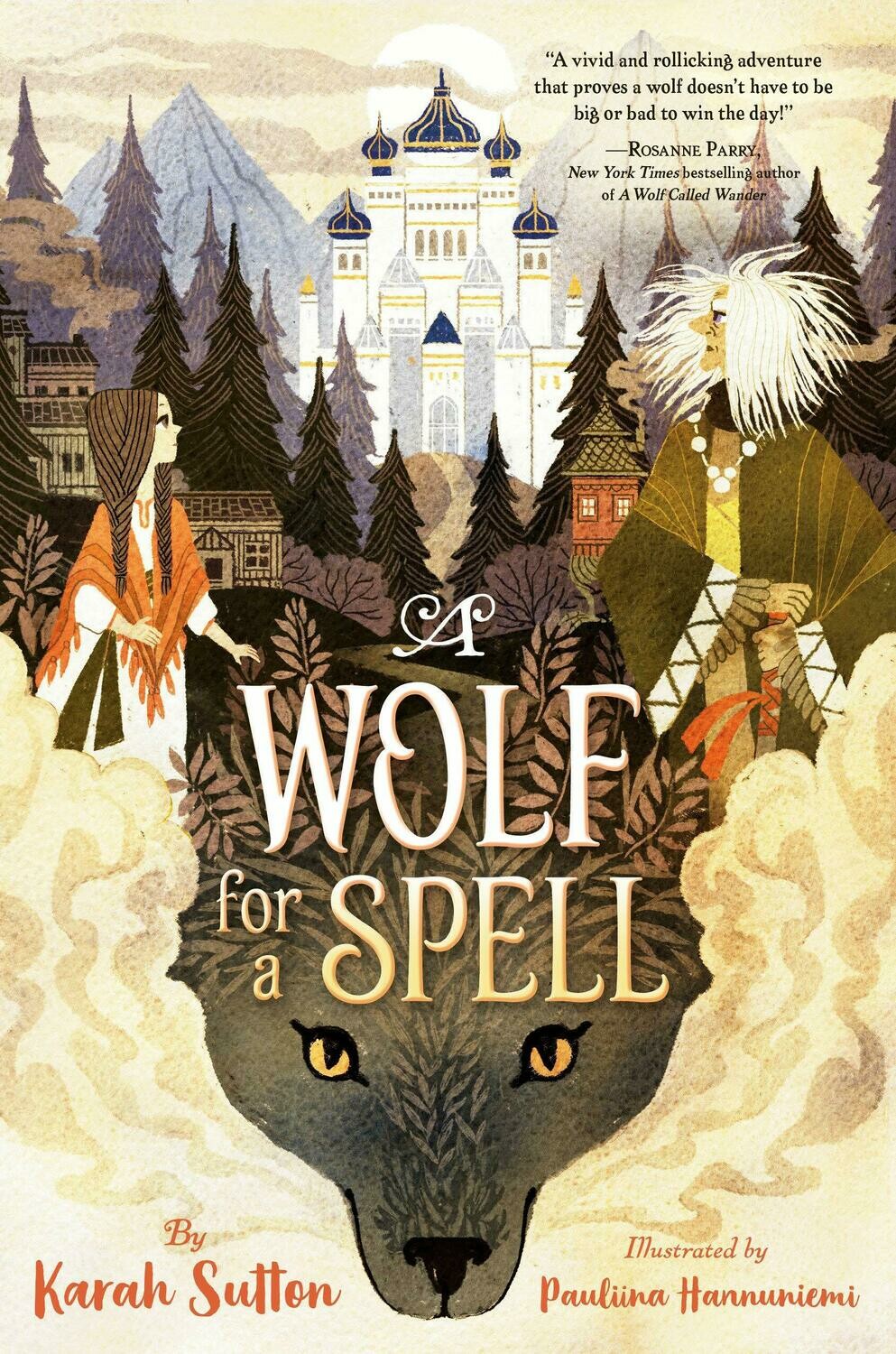 A Wolf for a Spell by Karah Sutton

The Girl Who Drank the Moon meets Pax in this fantastical tale of a wolf who forms an unlikely alliance with Baba Yaga to save the forest from a wicked tsar.

Since she was a pup, Zima has been taught to fear humans--especially witches--but when her family is threatened, she has no choice but to seek help from the witch Baba Yaga.

Baba Yaga never does magic for free, but it just so happens that she needs a wolf's keen nose for a secret plan she's brewing . . . Before Zima knows what's happening, the witch has cast a switching spell and run off into the woods, while Zima is left behind in Baba Yaga's hut--and Baba Yaga's body!

Meanwhile, a young village girl named Nadya is also seeking the witch's help, and when she meets Zima (in Baba Yaga's form), they discover that they face a common enemy. With danger closing in, Zima must unite the wolves, the witches and the villagers against an evil that threatens them all.