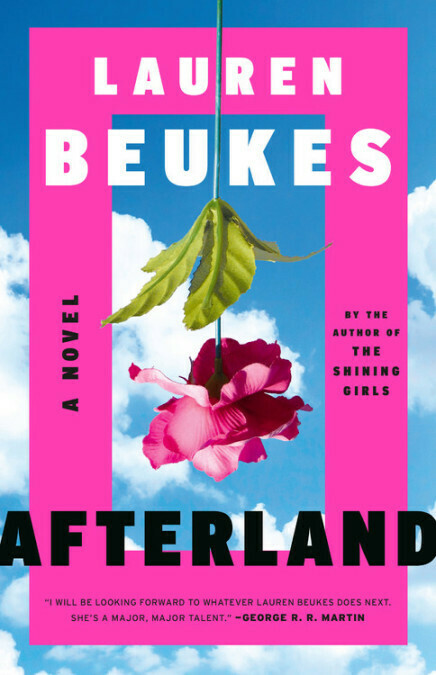 Most of the men are dead. Three years after the pandemic known as The Manfall, governments still hold and life continues — but a world run by women isn’t always a better place.

Twelve-year-old Miles is one of the last boys alive, and his mother, Cole, will protect him at all costs. On the run after a horrific act of violence-and pursued by Cole’s own ruthless sister, Billie — all Cole wants is to raise her kid somewhere he won’t be preyed on as a reproductive resource or a sex object or a stand-in son. Someplace like home.

To get there, Cole and Miles must journey across a changed America in disguise as mother and daughter. From a military base in Seattle to a luxury bunker, from an anarchist commune in Salt Lake City to a roaming cult that’s all too ready to see Miles as the answer to their prayers, the two race to stay ahead at every step . . . even as Billie and her sinister crew draw closer.

A sharply feminist, high-stakes thriller from award-winning author Lauren Beukes, Afterland brilliantly blends psychological suspense, American noir, and science fiction into an adventure all its own — and perfect for our times.

Save this product for later