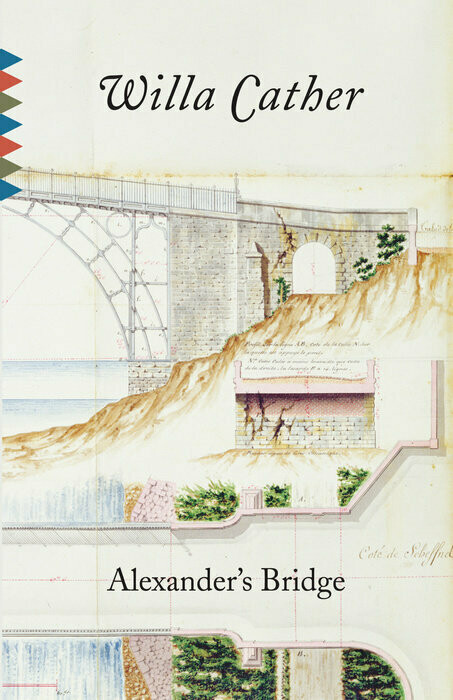 Alexander’s Bridge, Willa Cather’s first novel, is a taut psychological drama about the fragility of human connections. Published in 1912, just a year before O Pioneers! made Cather’s name, it features high society on an international stage rather than the immigrant prairie characters she later became known for. The successful and glamorous life of Bartley Alexander, a world-renowned engineer and bridge builder, begins to unravel when he encounters a former lover in London. As he shuttles among his wife in Boston, his old flame in London, and a massive bridge he is building in Canada, Alexander finds himself increasingly tormented. But the threatened collapse of his marriage presages a more fatal catastrophe, one he will risk his life to try to prevent.