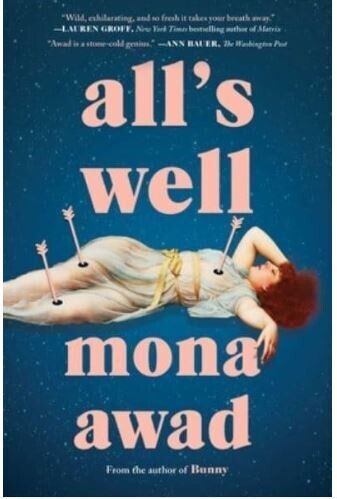 Miranda Fitch's life is a waking nightmare. The accident that ended her burgeoning acting career left her with excruciating chronic back pain, a failed marriage, and a deepening dependence on painkillers. And now, she's on the verge of losing her job as a college theater director. Determined to put on Shakespeare's All's Well That Ends Well, the play that promised and cost her everything, she faces a mutinous cast hellbent on staging Macbeth instead. Miranda sees her chance at redemption slip through her fingers.

That's when she meets three strange benefactors who have an eerie knowledge of Miranda's past and a tantalizing promise for her future: one where the show goes on, her rebellious students get what's coming to them, and the invisible doubted pain that's kept her from the spotlight is made known.