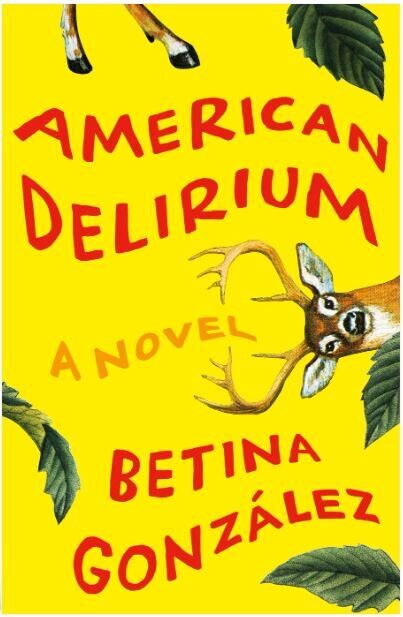 From award-winning novelist Argentine Betina González, American Delirium is a dizzying, luminous English-language debut about an American town overrun by a mysterious hallucinogen and the collision of three unexpected characters through the mayhem.

In a small Midwestern city, the deer population starts attacking people. So Beryl, a feisty senior and ex-hippie with a troubled past, decides to take matters into her own hands, training a squad of fellow retirees to hunt the animals down and to prove to society they’re capable of more than playing bingo.

At the same time, a group of protesters decides to abandon the “system” and live in the woods, leaving behind the demands of modern life—including their children. Nine-year-old Berenice never thought her mother would join the dropouts, but she’s been gone for several days, leaving only a few clues about her past for Berenice to piece together.

Vik, a taxidermist at the natural history museum and an immigrant from the Caribbean, is beginning to see the connections among the dropouts, the deer, and the discord. He’s not normally the type to speak up, but when he finds a woman living in his closet, he’s forced to get involved. Each of these engrossing characters holds a key to the city’s unraveling—despite living on the margins of society—and just as their lives start to spin out of control, they rescue one another in surprising ways.