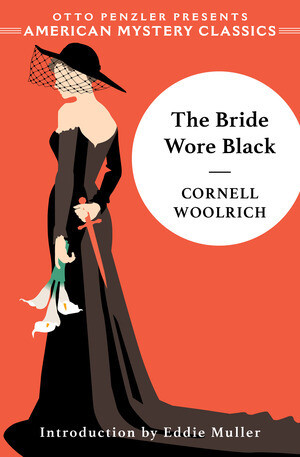 A police detective seeks the rationale between seemingly-unrelated murders, connected only by the appearance of a beautiful woman each time.

When the wealthy ladies’ man fell from his balcony in the midst of his engagement party, the police dismissed the death as the result of a freak accident. There was nothing to connect it with the poisoning of a lonely man in his squalid apartment, or with the married business-man killed after him, sealed into a closet and left to suffocate. No connection, that is, aside from the appearance of a beautiful woman in each case, just before the victims met their untimely ends.

Nobody knows her identity, where she comes from or whither she goes. Nor do they know why anyone would be targeting this series of seemingly-unrelated persons. But one police detective is convinced that the answers to these questions can save the lives of men who might be next on the list, men who will continue to die at a rapid rate unless he can solve the puzzle and intervene.

Cornell Woolrich’s first crime novel, The Bride Wore Black is the stylish, tense thriller that launched the career of “the supreme master of suspense” (The New York Times). It was filmed by Francois Truffaut under the same title, and went on to inspire Quentin Tarantino’s Kill Bill movies.