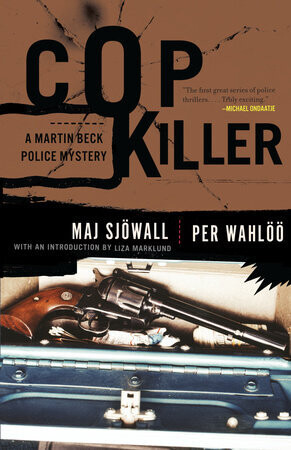 The shocking ninth novel in the Martin Beck mystery series by Maj Sjöwall and Per Wahlöö finds Beck investigating parallel cases that have shocked a small rural community.

In a country town, a woman is brutally murdered and left buried in a swamp. There are two main suspects: her closest neighbor and her ex-husband. Meanwhile, on a quiet suburban street a midnight shootout takes place between three cops and two teenage boys. Dead, one cop and one kid. Wounded, two cops. Escaped, one kid. Martin Beck and his partner Lenart Kollberg are called in to investigate. As Beck digs deeper into the murky waters of the young girl’s murder, Kollberg scours the town for the teenager, and together they are forced examine the changing face of crime.