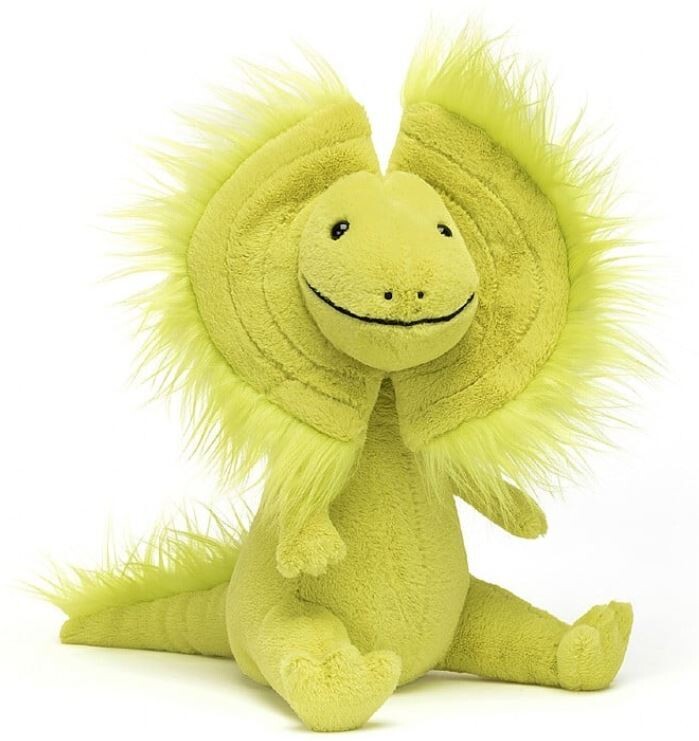 Goofy-gorgeous in zingy citrus green, it's Davey Dilophosaurus! This sassy scrambler has a very fine frill with stitchy ring detail and fluffy edging. A bright-eyed bestie with a huge dorky smile, long fuzzy tail and diddy paws, Davey's downright reptastic! Anyone got any fizzy bugs?