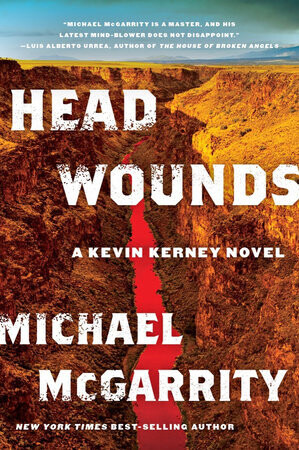 Given a chance to salvage his law enforcement career, Dona Ana County Sheriff’s Detective Clayton Istee catches a bizarre late-night double homicide at a Las Cruces hotel. Both victims, a man and a woman, have been scalped with their throats cut.

The murders show all the signs of a signature hit, but national and state crime databases reveal no similar profiles. Digging into the victims’ backgrounds, Clayton discovers that six months prior the couple had walked out of a nearby casino with $200,000 of a high-stakes gambler’s money.

He also learns the crime had been hushed up by an undercover federal DEA agent, who resurfaces and recruits Clayton for a dangerous mission to seize the Mexican drug lord responsible for the killings.

Thrust into the nightmare world of borderland drug wars and corrupt cops, Clayton duels with a cunning assassin poised to kill him and his family in a ferocious climax to the Kevin Kerney series that is sure to stun.