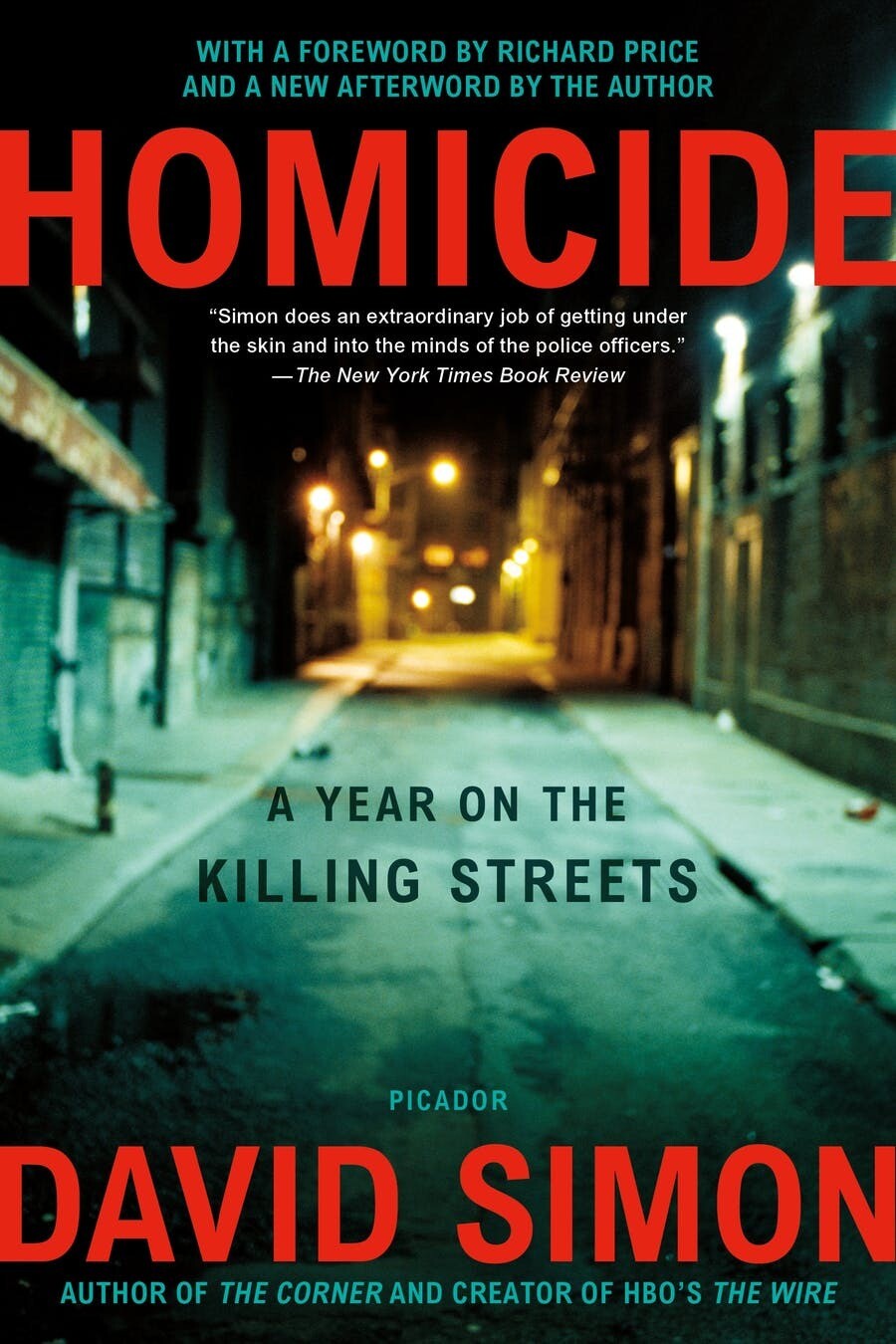 The scene is Baltimore. Twice every three days another citizen is shot, stabbed, or bludgeoned to death. At the center of this hurricane of crime is the city's homicide unit, a small brotherhood of hard men who fight for whatever justice is possible in a deadly world.

David Simon was the first reporter ever to gain unlimited access to a homicide unit, and this electrifying book tells the true story of a year on the violent streets of an American city. The narrative follows Donald Worden, a veteran investigator; Harry Edgerton, a black detective in a mostly white unit; and Tom Pellegrini, an earnest rookie who takes on the year's most difficult case, the brutal rape and murder of an eleven-year-old girl.

Originally published fifteen years ago, Homicide became the basis for the acclaimed television show of the same name. This new edition—which includes a new introduction, an afterword, and photographs—revives this classic, riveting tale about the men who work on the dark side of the American experience.