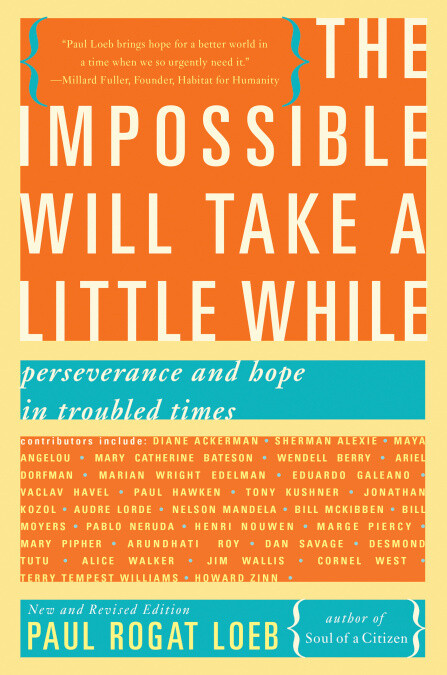 Impossible Will Take A Little While by Paul Rogat Loeb

More relevant than ever, this seminal collection of essays encourages us to believe in the power of ordinary citizens to change the world

In today’s turbulent world it’s hard not to feel like we’re going backwards; after decades of striving, justice and equality still seem like far off goals. What keeps us going when times get tough? How have the leaders and unsung heroes of world-changing political movements persevered in the face of cynicism, fear, and seemingly overwhelming odds? In The Impossible Will Take a Little While, they answer these questions in their own words, creating a conversation among some of the most visionary and eloquent voices of our times. Today, more than ever, we need their words and their wisdom.

In this revised edition, Paul Rogat Loeb has comprehensively updated this classic work on what it’s like to go up against Goliath — whether South African apartheid, Mississippi segregation, Middle East dictatorships, or the corporations driving global climate change. Without sugarcoating the obstacles, these stories inspire hope to keep moving forward.