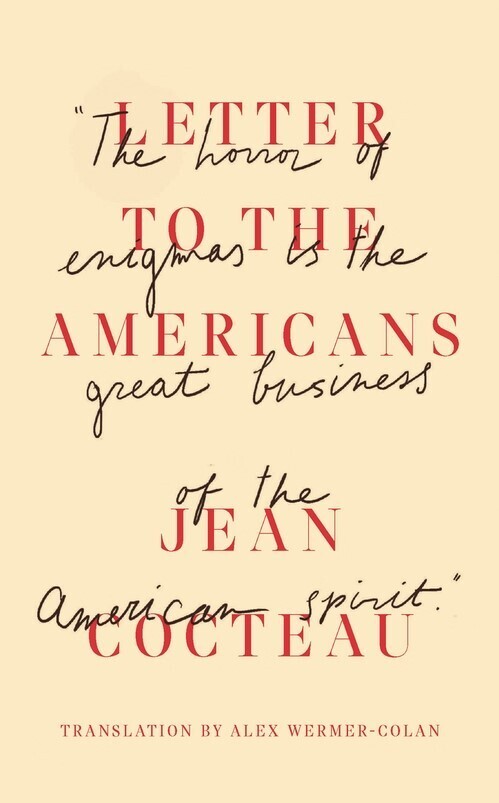 Letter to the Americans by Jean Cocteau

In 1949, Jean Cocteau spent twenty days in New York, and began composing on the plane ride home this essay filled with the vivid impressions of his trip. With his unmistakable prose and graceful wit, he compares and contrasts French and American culture: the different values they place on art, literature, liberty, psychology, and dreams. Cocteau sees the incredibly buoyant hopes in America’s promise, while at the same time warning of the many ills that the nation will have to confront—its hypocrisy, sexism, racism, and hegemonic aspirations—in order to realize this potential. Never before translated into English, Letter to the Americans remains as timely and urgent as when it was first published in France over seventy years ago.