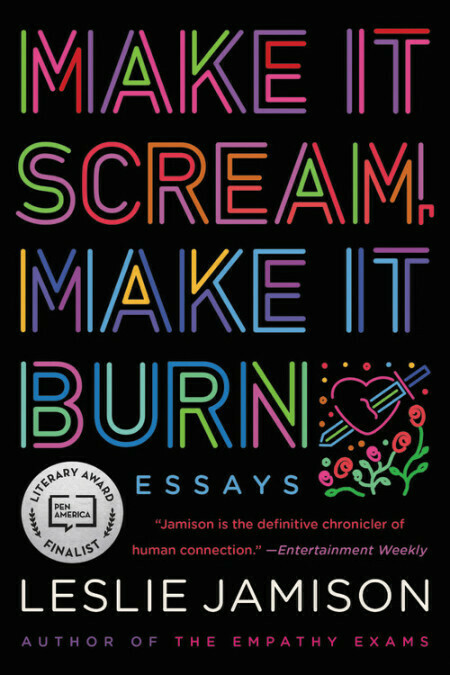 Make It Scream, Make It Burn by Leslie Jamison

With the virtuosic synthesis of memoir, criticism, and journalism for which Leslie Jamison has been so widely acclaimed, the fourteen essays in Make It Scream, Make It Burn explore the oceanic depths of longing and the reverberations of obsession.

Among Jamison's subjects are 52 Blue, deemed "the loneliest whale in the world"; the eerie past-life memories of children; the devoted citizens of an online world called Second Life; the haunted landscape of the Sri Lankan Civil War; and an entire museum dedicated to the relics of broken relationships. Jamison follows these examinations to more personal reckonings — with elusive men and ruptured romances, with marriage and maternity — in essays about eloping in Las Vegas, becoming a stepmother, and giving birth.

Often compared to Joan Didion and Susan Sontag, and widely considered one of the defining voices of her generation, Jamison interrogates her own life with the same nuance and rigor she brings to her subjects. The result is a provocative reminder of the joy and sustenance that can be found in the unlikeliest of circumstances.