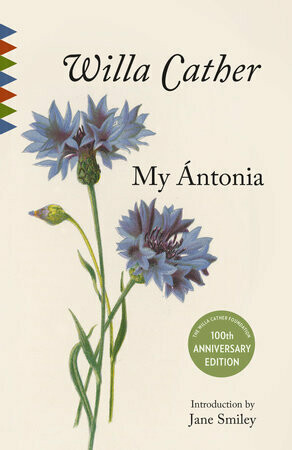 My Antonia by Willa Cather

In this symphonically powerful and magnificently observed novel, Cather created one of the most winning heroines in American fiction, a woman whose calm, undemonstrative strength and robust high spirits make her emblematic of the virtues Cather most admired in her country. Ántonia Shimerda is the daughter of Bohemian immigrant parents struggling with the oceanic loneliness of life on the Nebraska prairie. Through the eyes of Jim Burden, her tutor and disappointed admirer, we follow Ántonia from farm to town as she survives hardships both natural and human, from poverty to a failed romance—and not only survives, but triumphs.