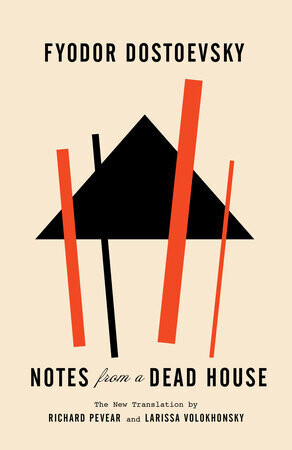 Notes from a Dead House by Fyodor Dystoevsky

In 1849, Dostoevsky was sentenced to four years at hard labor in a Siberian prison camp for participating in a socialist discussion group. The novel he wrote after his release, based on notes he smuggled out, not only brought him fame, but also founded the tradition of Russian prison writing. Notes from a Dead House (sometimes translated as The House of the Dead) depicts brutal punishments, feuds, betrayals, and the psychological effects of confinement, but it also reveals the moments of comedy and acts of kindness that Dostoevsky witnessed among his fellow prisoners.
To get past government censors, Dostoevsky made his narrator a common-law criminal rather than a political prisoner, but the perspective is unmistakably his own. His incarceration was a transformative experience that nourished all his later works, particularly Crime and Punishment. Dostoevsky’s narrator discovers that even among the most debased criminals there are strong and beautiful souls. His story is, finally, a profound meditation on freedom: “The prisoner himself knows that he is a prisoner; but no brands, no fetters will make him forget that he is a human being.”