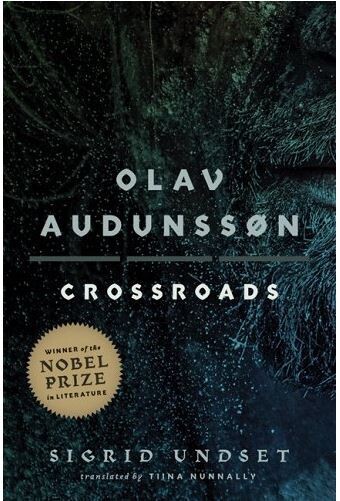 In the early fourteenth century, Norway is a kingdom in political turmoil, struggling with opposing forces within its own borders and drawn into strife with neighboring Sweden and Denmark. Bloody family vendettas and conflicting loyalties sparked by the irrepressible passion of a boy and his foster sister (also his betrothed) have now set in motion a series of terrible consequences--with a legacy of betrayal, murder, and disgrace that will echo down through the generations. Crossroads, the third of Olav Audunssøn's four volumes, finds Olav heartbroken by loss and further estranged from his son. To escape his grief, Olav leaves his home estate of Hestviken and agrees to serve as captain on a small merchant ship headed to London. There, separated from everything familiar to him, Olav begins a visionary journey that will send him far into the forest and deep into his soul. Questioning past decisions and future plans, Olav must grapple with his own perceptions of love and guilt, sin and penitence, vengeance and forgiveness.