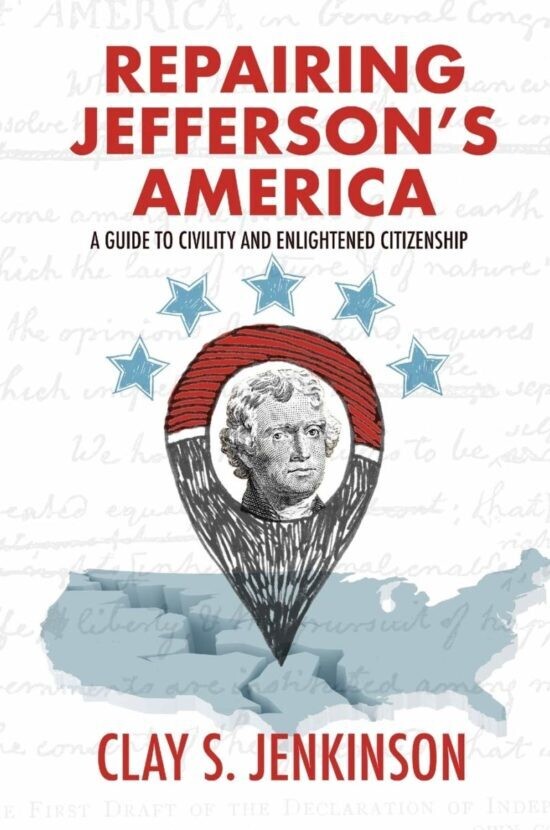 Thomas Jefferson (1743-1826) was the greatest idealist of the Founding Fathers of America. He believed that average citizens are up to the challenge of governing themselves. He envisioned a republic of well-educated, well-informed, engaged, and vigilant citizens. Jefferson’s dream of a semi-utopian American republic has nearly been swallowed up by cynical partisanship, government gridlock, consumer materialism, and the corrosive power of money in American politics. Jefferson believed in civility, majority rule, the primacy of science and reason, and harmony in all of our public and private relations.

Public humanities scholar Clay S. Jenkinson believes we can return to Jeffersonian principles both in our private lives and the public sphere. Repairing Jefferson’s America is a clear and concise guide for those who wish to live more rational, purposeful, and enlightened lives.