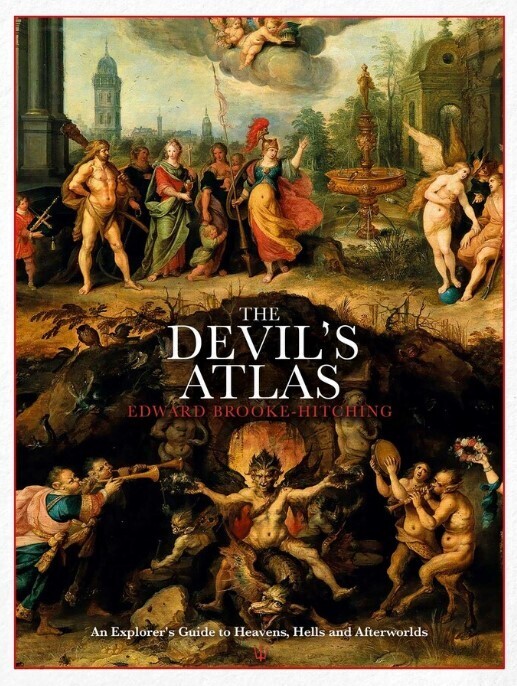 The Devil's Atlas by Edward Brooke-Hitching

The Devil’s Atlas is an illustrated guide to the heavens, hells and lands of the dead as imagined throughout history by cultures and religions around the world. Packed with colourful maps, paintings and captivating stories, the reader is taken on a compelling tour of the geography, history and supernatural populations of the afterworlds of cultures around the globe.

Whether it’s the thirteen heavens of the Aztecs, the Chinese Taoist netherworld of ‘hungry ghosts’, or the ‘Hell of the Flaming Rooster’ of Japanese Buddhist mythology (in which sinners are tormented by an enormous fire-breathing cockerel), The Devil’s Atlas gathers together a wonderful variety of beliefs and representations of life after death. These afterworlds are illustrated with an unprecedented collection of images, ranging from the marvellous ‘infernal cartography’ of the European Renaissance artists attempting to map the structured Hell described by Dante and the decorative Islamic depictions of Paradise to the various efforts to map the Garden of Eden and the spiritual vision paintings of nineteenth-century mediums.