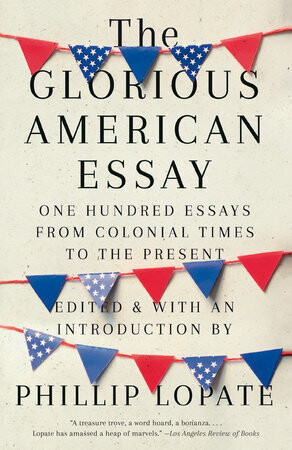 The essay form is an especially democratic one, and many of the essays Phillip Lopate has gathered here address themselves—sometimes critically—to American values. We see the Puritans, the Founding Fathers and Mothers, and the stars of the American Renaissance struggle to establish a national culture. A grand tradition of nature writing runs from Audubon, Thoreau, and John Muir to Rachel Carson and Annie Dillard. Marginalized groups use the essay to assert or to complicate notions of identity. Lopate has cast his net wide, embracing critical, personal, political, philosophical, literary, polemical, autobiographical, and humorous essays. Americans by birth as well as immigrants appear here, famous essayists alongside writers more celebrated for fiction or poetry. The result is a dazzling overview of the riches of the American essay.