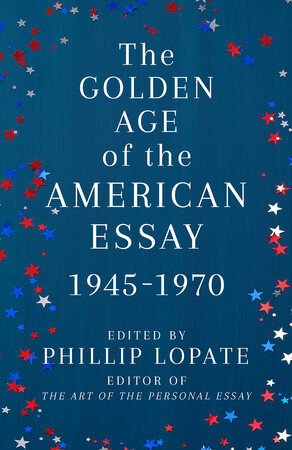 The Golden Age of the American Essay: 1945-1970 Edited by Phillip Lopate

The three decades that followed World War II were an exceptionally fertile period for American essays. The explosion of journals and magazines, the rise of public intellectuals, and breakthroughs in the arts inspired a flowering of literary culture. At the same time, the many problems that confronted mid-century America—racism, sexism, nuclear threat, war, poverty, and environmental degradation among them—proved fruitful topics for America’s best minds.