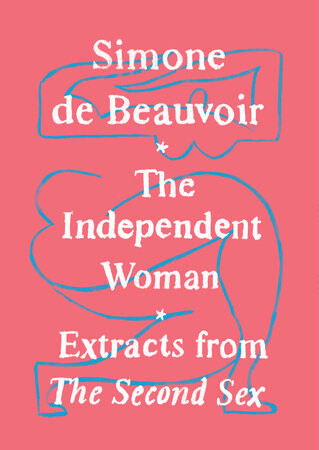 I hesitated a long time before writing a book on woman. The subject is irritating, especially for women; and it is not new. Enough ink has flowed over the quarrel about feminism; it is now almost over: let”s not talk about it any more. Yet it is still being talked about. And the volumes of idiocies churned out over this past century do not seem to have clarified the problem. Besides, is there a problem? And what is it? Are there even women? True, the theory of the eternal feminine still has its followers; they whisper, “Even in Russia, women are still very much women”; but other well-informed people—and also at times those same ones—lament, “Woman is losing herself, woman is lost.” It is hard to know any longer if women still exist, if they will always exist, if there should be women at all, what place they hold in this world, what place they should hold. “Where are the women?” asked a short-lived magazine recently. But first, what is a woman? “Tota mulier in utero: she is a womb,” some say. Yet speaking of certain women, the experts proclaim, “They are not women”, even though they have a uterus like the others. Everyone agrees there are females in the human species; today, as in the past, they make up about half of humanity; and yet we are told that “femininity is in jeopardy”; we are urged, “Be women, stay women, become women.” So not every female human being is necessarily a woman; she must take part in this mysterious and endangered reality known as femininity. Is femininity secreted by the ovaries? Is it enshrined in a Platonic heaven? Is a frilly petticoat enough to bring it down to earth? Although some women zealously strive to embody it, the model has never been patented. It is typically described in vague and shimmering terms borrowed from a clairvoyant’s vocabulary. In St Thomas’s time it was an essence defined with as much certainty as the sedative quality of a poppy. But conceptualism has lost ground: biological and social sciences no longer believe there are immutably determined entities that define given characteristics like those of the woman, the Jew or the black; science considers characteristics as secondary reactions to a situation. If there is no such thing today as femininity, it is because there never was. Does the word “woman, then, have no content? It is what advocates of Enlightenment philosophy, rationalism or nominalism vigorously assert: women are, among human beings, merely those who are arbitrarily designated by the word “woman”; American women in particular are inclined to think that woman as such no longer exists. If some backward individual still takes herself for a woman, her friends advise her to undergo psychoanalysis to get rid of this obsession. Referring to a book—a very irritating one at that—Modern Woman: The Lost Sex, Dorothy Parker wrote: “I cannot be fair about books that treat women as women. My idea is that all of us, men as well as women, whoever we are, should be considered as human beings.” But nominalism is a doctrine that falls a bit short; and it is easy for anti-feminists to show that women are not men. Certainly woman like man is a human being; but such an assertion is abstract; the fact is that every concrete human being is always uniquely situated. Rejecting the notions of the eternal feminine, the black soul or the Jewish character is not to deny that there are today Jews, blacks or women: this denial is not a liberation for those concerned, but an inauthentic flight. Clearly, no woman can claim without bad faith to be situated beyond her sex. A few years ago, a well-known woman writer refused to have her portrait appear in a series of photographs devoted specifically to women writers. She wanted to be included in the men’s category; but to get this privilege, she used her husband’s influence. Women who assert they are men still claim masculine consideration and respect. I also remember a young Trotskyite standing on a platform during a stormy meeting, about to come to blows in spite of her obvious fragility. She was denying her feminine frailty; but it was for the love of a militant man she wanted to be equal to. The defiant position that American women occupy proves they are haunted by the feeling of their own femininity. And the truth is that anyone can clearly see that humanity is split into two categories of individuals with manifestly different clothes, faces, bodies, smiles, movements, interests and occupations; these differences are perhaps superficial; perhaps they are destined to disappear. What is certain is that for the moment they exist in a strikingly obvious way.

If the female function is not enough to define woman, and if we also reject the explanation of the “eternal feminine”, but if we accept, even temporarily, that there are women on the earth, we then have to ask: what is a woman?

Merely stating the problem suggests an immediate answer to me. It is significant that I pose it. It would never occur to a man to write a book on the singular situation of males in humanity. If I want to define myself, I first have to say, “I am a woman”; all other assertions will arise from this basic truth.