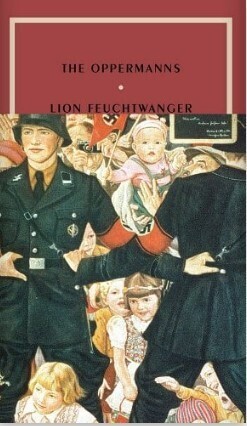 The Oppermanns by Lion Feuchtwanger

Written in real time, as the Nazis consolidated their power over the winter of 1933, The Oppermanns captures the fall of Weimar Germany through the eyes of one bourgeois Jewish family, shocked and paralyzed by an ideology they cannot comprehend.

In the foment of Weimar-era Berlin, the Oppermann brothers represent tradition and stability. One brother oversees the furniture chain founded by their grandfather, one is an eminent surgeon, one a respected critic. They are rich, cultured, liberal, and public spirited, proud inheritors of the German enlightenment. They don't see Hitler as a threat. Then, to their horror, the Nazis come to power, and the Oppermanns and their children are faced with the terrible decision of whether to adapt--if they can--flee, or try to fight.

Written in 1933, nearly in real time, The Oppermanns captures the day-to-day vertigo of watching a liberal democracy fall apart. As Joshua Cohen writes in his introduction to this new edition, it is "one of the last masterpieces of German-Jewish culture." Prescient and chilling, it has lost none of its power today.