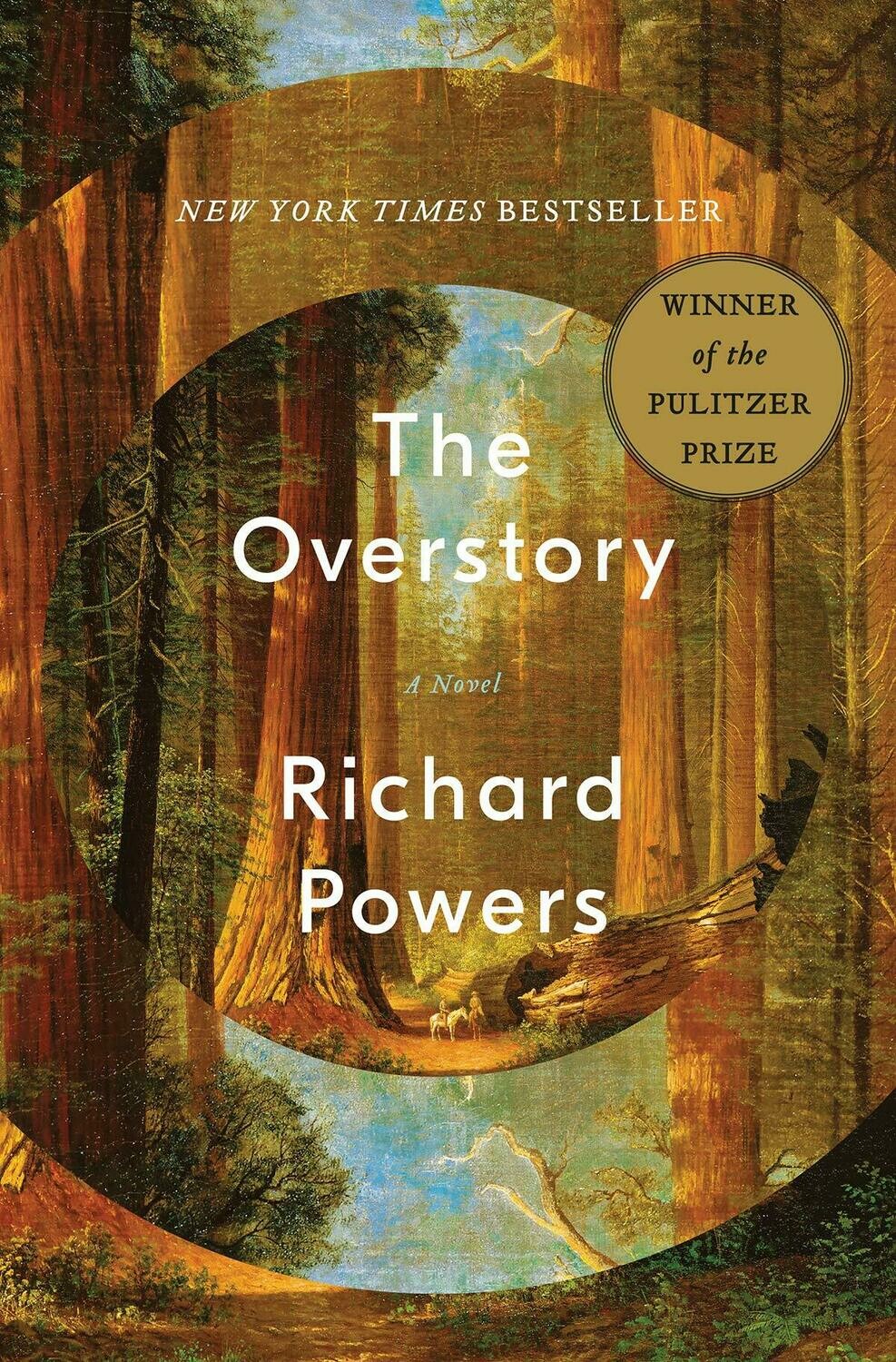 **An all-time favorite of both Greg and Josie**

Winner of the Pulitzer Prize in Fiction
Winner of the William Dean Howells Medal
Shortlisted for the Man Booker Prize
Over One Year on the New York Times Bestseller List
A New York Times Notable Book and a Washington Post, Time, Oprah Magazine, Newsweek, Chicago Tribune, and Kirkus Reviews Best Book of the Year

"The best novel ever written about trees, and really just one of the best novels, period." —Ann Patchett

The Overstory, winner of the 2019 Pulitzer Prize in Fiction, is a sweeping, impassioned work of activism and resistance that is also a stunning evocation of—and paean to—the natural world. From the roots to the crown and back to the seeds, Richard Powers’s twelfth novel unfolds in concentric rings of interlocking fables that range from antebellum New York to the late twentieth-century Timber Wars of the Pacific Northwest and beyond. There is a world alongside ours—vast, slow, interconnected, resourceful, magnificently inventive, and almost invisible to us. This is the story of a handful of people who learn how to see that world and who are drawn up into its unfolding catastrophe.