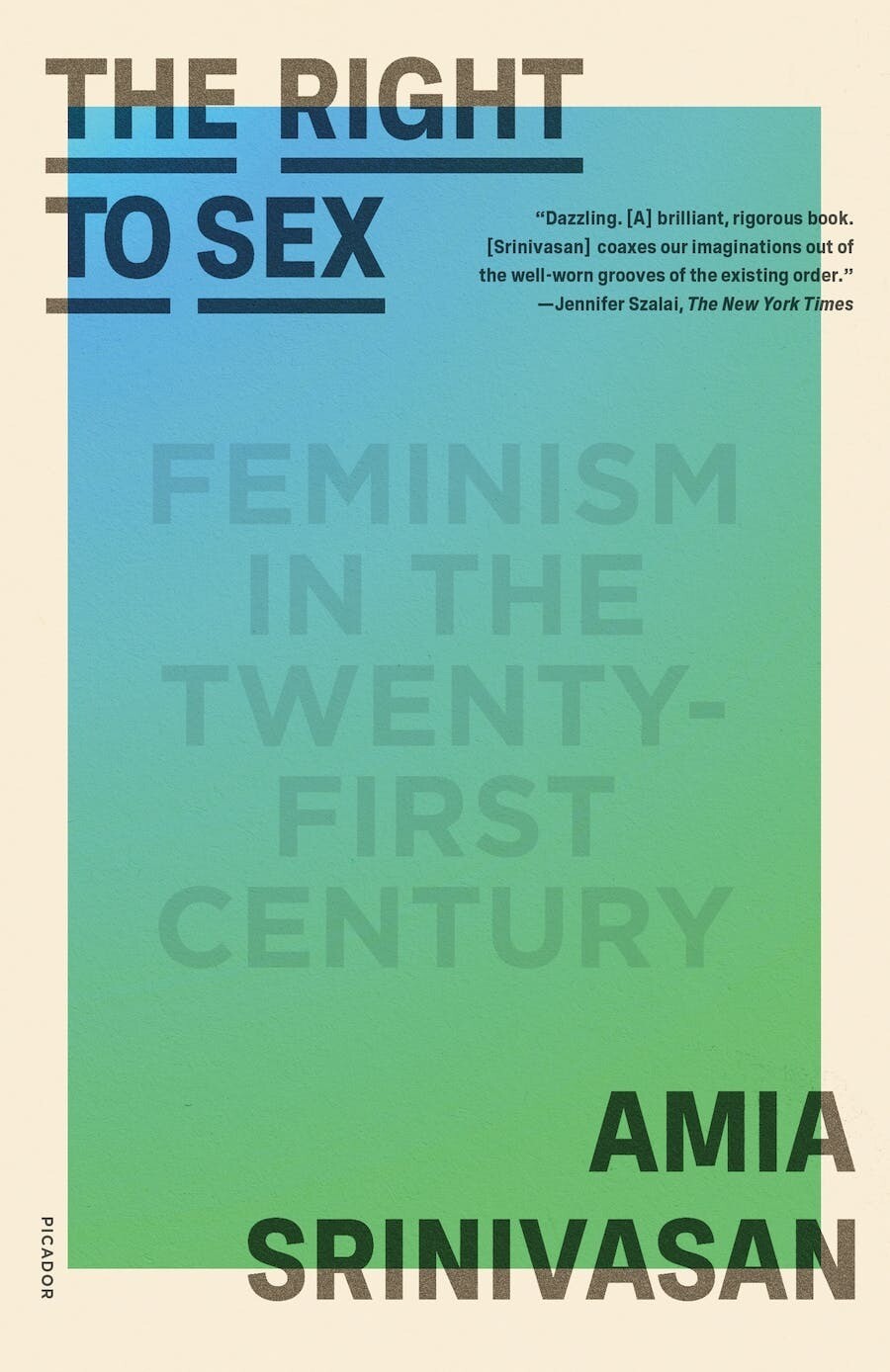 The Right to Sex: Feminism in the Twenty-First Century by Amia Srinivasan

How should we think about sex? It is a thing we have and also a thing we do; a supposedly private act laden with public meaning; a personal preference shaped by outside forces; a place where pleasure and ethics can pull wildly apart.

How should we talk about sex? Since #MeToo many have fixed on consent as the key framework for achieving sexual justice. Yet consent is a blunt tool. To grasp sex in all its complexity—its deep ambivalences, its relationship to gender, class, race and power—we need to move beyond yes and no, wanted and unwanted.

We do not know the future of sex—but perhaps we could imagine it. Amia Srinivasan’s stunning debut helps us do just that. She traces the meaning of sex in our world, animated by the hope of a different world. She reaches back into an older feminist tradition that was unafraid to think of sex as a political phenomenon. She discusses a range of fraught relationships—between discrimination and preference, pornography and freedom, rape and racial injustice, punishment and accountability, students and teachers, pleasure and power, capitalism and liberation.

The Right to Sex: Feminism in the Twenty-First Century is a provocation and a promise, transforming many of our most urgent political debates and asking what it might mean to be free.