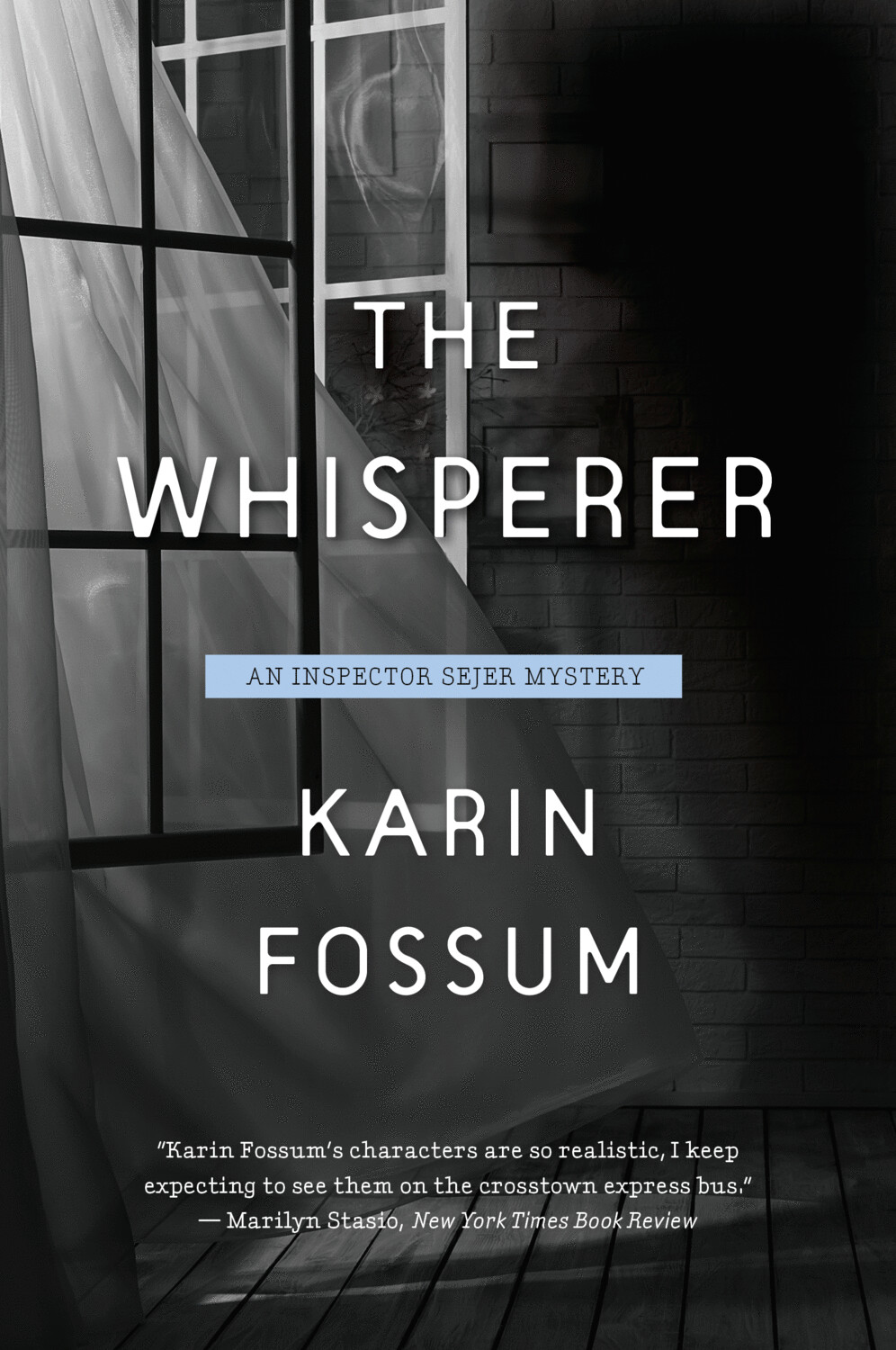 The Whisperer by Karin Fossum

This psychologically acute thriller from the queen of Norwegian crime fiction asks: How does a lonely, quiet woman come to brutally kill a man?

Ragna Riegel is a woman of routines. She sits in the same seat on the bus every day on her way to her predictable job at a supermarket. On her way back to the house she has always lived in, she visits the same local shop. She feels safe, until one day she receives a letter with a threatening message scrawled in capital letters. Ragna’s carefully constructed life beings to unravel into a nightmare. Isolated and threatened by an unknown enemy, she must use all her means to defend herself. When the worst happens, Inspector Konrad Sejer is called in to interrogate Ragna. Is this unassuming woman out of her depth, or is she hiding a dark secret?

The Whisperer shifts between Inspector Sejer’s interrogation of Ragna and the shocking events that led up to her arrest. Sejer thinks it is an open-and-shut case, but, unnervingly, The Whisperer keeps readers questioning assumptions even in its final moments.