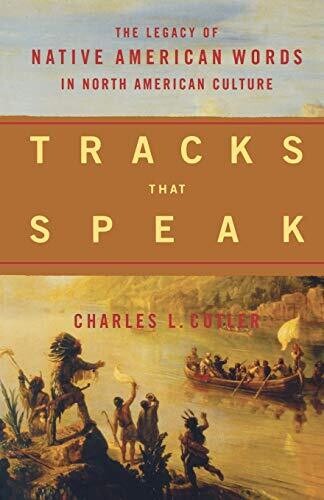 What do the words saguaro, parka, hickory, and muskrat have in common? They all come from Native American languages. Few people consider how deeply American English is indebted to Native Americans and how widely the contributions of Native Americans are used in English today. In Tracks That Speak, Charles L. Cutler offers seventy fascinating studies, each focusing on a particular word borrowed from a Native American language. He tells us about the words themselves and about the things they stood—and stand—for, illuminating not only the roles these things played in traditional Indian societies but also the ones they continue to play in America today. For example, Cutler explains where the word moccasin comes from, how moccasins were made and decorated, what advantages they had for their wearers, how and when they were adopted by European settlers, and what incarnations of them can be found in modern clothing catalogs. Such a wealth of historical, ethnographic, and linguistic material on Native American loanwords in English has never before been gathered and presented so clearly, making Tracks That Speak as engaging as it is informative.